Understanding What Railroad Contractors Do

“People are always asking me about our railroad business. They understand what concrete and asphalt are, but most people have a hard time understanding what railroad contractors do. The Westar Energy job is a perfect example of the Musselman & Hall (M&H) Contractor’s railroad operation.” These words came from M&H business development manager Adam Turley as he talked about a job the company built last fall for Westar Energy in Lawrence, KS. 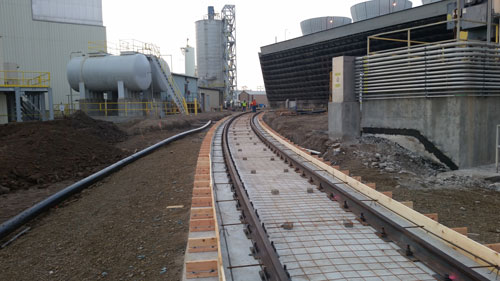 According to Adam, “In October of 2015, I was in Lawrence talking to their plant personnel about some railroad maintenance needs when we got to talking about future rail expansion for more flexible plant operations. Westar wanted to be able to take an entire unit coal train at the Lawrence plant. At the time, they did not have enough trackage to handle a complete unit train so they had to send some of the cards to their Tecumseh plant and drop the remainder in Lawrence. At Lawrence there is so little track that they can unload only five cars at a time. As each set of five cars was unloaded, they had to be moved to a storage track before the next set of loaded cards could be moved in.”

Adam agreed to help solve the problem. After getting Westar’s approval he hired Renaissance Infrastructure Consulting (RIC) Co. to do a site evaluation and survey to see if there was an economical solution. Using the result of the survey, M&H and RIC were able to design a track layout that would meet the requirements of the project.

The plan called for the decommissioning and filling in an old pond to create new dry land for construction of additional trackage. This work was performed by Westar and their contracto. Adam and RIC project leader bill Yord met with Westar to go over the plan. Westar liked the plan, so they agreed to issue a design build contract to M&H to get the work done. By this time, scheduling became tight as the work needed to be completed by the end of 2016 in order to secure funding and avoid winter weather. The beauty of the design build process is that there are only two parties involved in the project, the owner and the contractor. The owner knows what they want and the contractor must facilitate solutions to problems that come up

Michael (Bubba) Brisbin and his crew were chosen to perform the sub ballast and concrete work while veteran M&H superintendent Dave Bottcher and his crew were picked for the railroad work. Bubba and his crew went to work setting light pole bases and demolishing the two and one half foot thick concrete embedded track. This was a very delicate task as they had to navigate through multiple buried utilities including electrical, chemical and process waters. The concrete crew also graded and installed the sub ballast and all the work for the concrete embedded track.

Meanwhile, Dave and his crew were busy building five complete turnout panels on the side of the right of way. Once the turnouts were ready, the crew moved onto the track during a five day scheduled shutdown period. During that period, all five turnouts were installed, one existing turnout was relocated and five hundred feet of track was repositioned. With Winter weather moving in, all the crews worked several six day-a-week twelve hour shifts to meet the tight schedule. Once the track work was complete, M&H operator Martin Salas moved in to surface and tamp the track. Finally inspectors from BNSF walked and inspected the track and did not find a single item for the punch list.

The entire job was finished and turned over to WEstar on December 9, just seventy-eight calendar days after it began. Looking back on the project Adam Turley mused, “This project was high stress in every way. We were working on a tight budget and a tight schedule. Once work began, we had to fight not only the calendar but the we Autumn weather. We encountered several unexpected conditions such as utility conflicts, and unexpected changes to grade to accommodate field conditions but we quickly dealt with these situations and moved on so we remained on schedule all the way.” 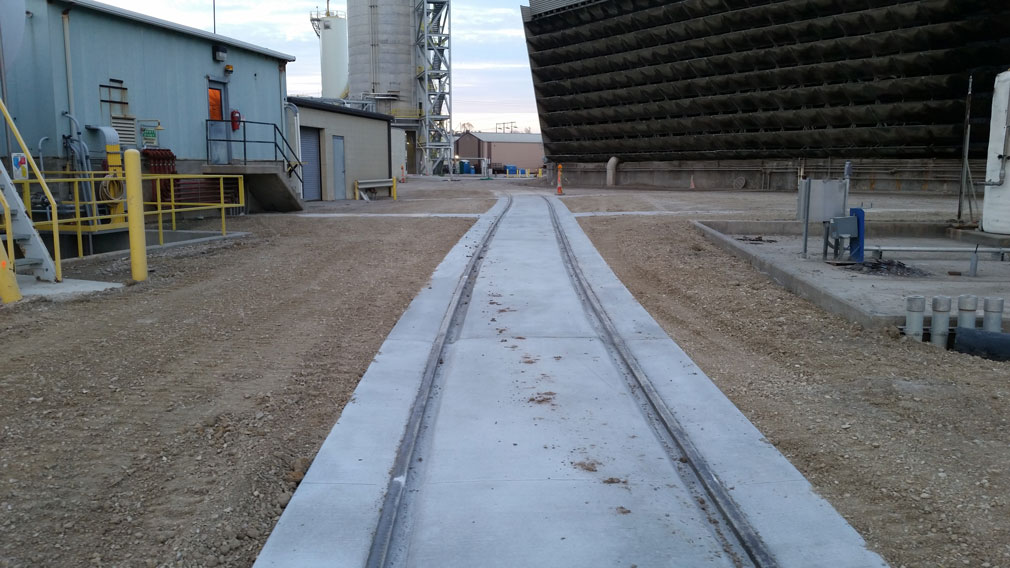 Doug Hall is the grandson of one of Musselman & Hall’s original owners Harry F. Hall. Doug began working at Musselman & Hall Contractors as the yard boy in 1957. In 1965 he graduated from the University of Kansas with his degree in civil engineering and started working for the company full time. Doug married his childhood sweetheart Judy one month after graduating college. Soon after Doug spent four years serving in the United States Air Force during the Vietnam conflict. In 1971 he rejoined the company and solely managed M&H alongside his wife Judy until 1994 when he began passing shares of his ownership along to other employees. Doug’s leadership and integrity has CEO has allowed M&H to thrive well into the 21st century. He is well known around Kansas City having served on many boards, in government positions, and for his charitable endeavors. Doug now serves as Board Chairman to the new employee-owned Musselman & Hall. In his free time, Doug travels the world, having been to all 50 states and 7 seven continents. After over 50 years of marriage, he has lived in 14 places, nurtured 6 dogs, has 3 wonderful daughters and 4 terrific grandsons.

More posts from author
Monday, June 11 2018 Sands in the Pacific are Nowhere Near the Beach